For a long time, I wanted to do this segment on my blog/ website. I like holding real conversations with people and express to viewers who I am as a person, a songwriter, and as an artist.

As some of you may know, I am very passionate about pop music. Ever since I was five, I was a big fan of Disney channel, I got more into boy and girl groups like Jump 5, A-Teens, S Club 7, and Dream Street (flashback to pre-Jesse McCartney days!)

I recently came across an in-depth video about one of my other favorite girl groups called the Cheetah Girls. They have been in the spotlight on disney channel for quite a few years, and as I was watching this, something struck me: They were all older people playing younger roles on disney channel.

When you are signed to a brand like Disney channel, you are not only an actor, you are basically their brand and their image. That means Disney stars have to watch what they do, say, or reveal in public. For example, Adrienne Bailon was 25 when she played a 15 year old in the third CG series. That prevented her from doing more mature roles and working on her solo music soon after the Cheetah Girls disbanded.

In Adrienne’s recent talk show “The Real”, she confessed that doing music was hard for her despite her great success in other areas in entertainment. Her voice sounds so young, almost like a teenager, which is why when she signed to Def Jam, the label didn’t know what to do with her because her voice sounded so young. That is why she was so insecure about singing and making music.

I am facing that same thing right now.

I am currently 23 years old, but I have a childish sounding vice when I sing. This is something I was born with and something I know I can’t control. However, the music I write is very much R&B influenced and touches upon very mature topics. I have been told many times by industry pros that my sound/ image doesn’t fit some of the music I write. They are absolutely right and do not doubt them at all. I am a songwriter first and foremost and I can easily pitch these songs for other to sing. However, there are some songs I want to release, but has been shelved back due to this  ongoing crisis with my vocal identity and the image I want to portray to you folks.

My goal as an artist is for my voice and brand to be similar to who I am. Sometimes I dream about becoming an asian idol, since my voice and look cuts out for that type of industry. However, when I think of the long term, I will have to be stuck in that youthful, innocent image for years to come, just like how Adrienne Bailon still had to keep that youthful image on Disney. In seven-year binding contract, will I be 30 years old, still singing in a white dress to cutesy music? I just can’t imagine it.

That initial impression one has on viewers can also affect the way the viewers will see them for the time onwards. Of course, artists should be expressing whatever they feel and whoever they want to be because people change. I am for one, looking for smart ways pop artists can express that smoothly.

If you want to see the Cheetah Girls video I was referring to, please check it out! It is very detailed about their journey from beginning to end: 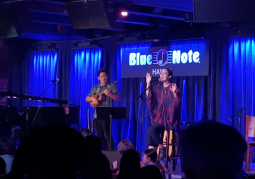